I don't want to steal my friend Mr. Bingley's schtick, but I was cooking today and decided to post my own version of his meal posts.

The wife and I are dieting South Beach-style. So we're always looking to try new things. We picked up some portabella mushrooms from Sams yesterday and I decided to do a baked stuffed mushroom with them. 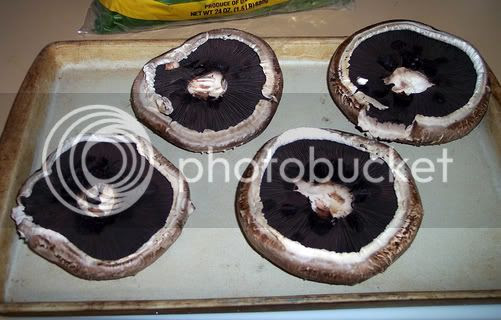 Here I've got the mushrooms washed, de-stemmed and ready to go. That's a baking stone ... the wife does Pampered Chef. For baking, I have fallen in love with all things stone.

After getting the mushrooms out and prepared, I concentrated on what I was going to put on them. 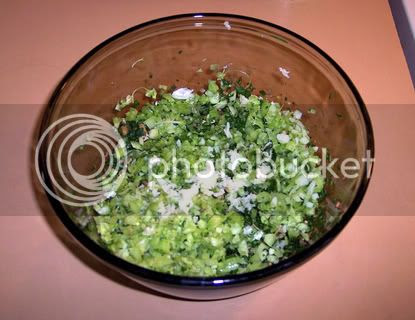 I surfed the net looking for some recipes. I didn't really find anything I wanted so I decided that I was going to wing it, somewhat.

We're upping the veggies, so I went for a variety. I chopped some baby leaf spinach, some green onions, celery, and pressed out some garlic. I chopped up some Canadian bacon (which the SB Diet book says is actually a preferred meat over ham -- 'cause the sugars in most cooked hams, I imagine) and all was ready. 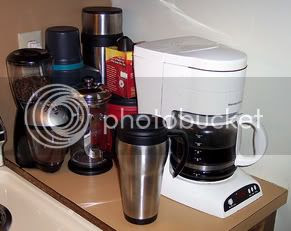 My choice of beverage also differs from Bing's a bit. While he kicks up the notches with his various and assundry wines, I keep the coffee brewing.

I wasn't sure how well my grand experiment was going to work. I didn't want to throw a lot of spices in with everything finding that it's always easy to add spice, but impossible to take it away. 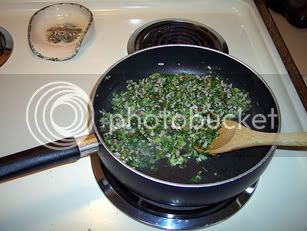 I sauteed everything in a little bit of olive oil. I wanted to add some red wine or balsamic vinegar, but, alas, all I had in the cupboard was rice vinegar. That was a no-go.

To give it a little kick, after cooking the veggies and meat, I added some sharp cheddar cheese spread.

If you're at all familiar with this stuff, you know that a little goes a long way. I used about two tablespoons for the batch. 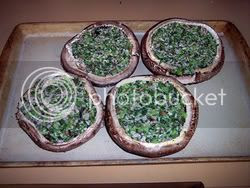 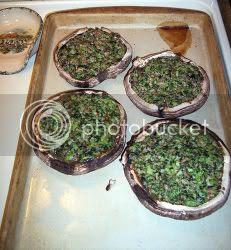 Consensus opinion = A really good blend of flavors, but a tad bland. I added some more of the cheddar spread to mine and my wife added some cream cheese to hers. She made the better decision, I think.

So, we both thought I should have added a bit more spice (some vinegar and some cayenne pepper I think) and if I'd grilled the portabella's first this would have been an A+ meal. As it is, I give it a B- (but an A for effort).

However, on the diet front, things are going quite well. Regular readers know I started this diet stuff on Monday (Feb. 6). Since then I have already lost over 12 pounds!