A National Day of SLAYER

Michell and The Turtle at one of my new favorite sites, Faster Than The World, are blogging this which has inspired me to do the same.

Now, I have blogged about Slayer before. I proclaimed Reign in Blood the best heavy metal album of all time, I talked about 1986 being my pick for the best year for music, and I wrote a good bit about Seasons in the Abyss in this piece. 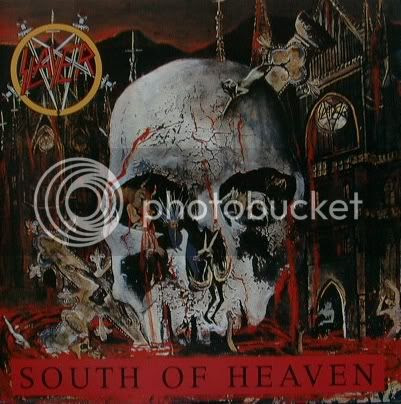 It doesn't have the raw power and agression that Reign in Blood has, but it's far more polished and focuses more on the grooves. It doesn't have the studio quality of Seasons in the Abyss but maintains an edgy agressive sound that they lost every album after this one. It's part gated mess and part agressive masterpiece -- I love every second of it.

The title track is probably my favorite from the album. But everything's good. Make sure to check it out.

And make sure you hit F.T.T.W. and check out there stuff also.
Posted by Cullen at 11:30 AM