On Friday, the base here held our annual Independence Day celebration. Allowing Marines, Base Employees, etc. to take time off for the holidays. Marines got the time off, we civilian employees had to take leave if we wanted today off. Obviously I did not.

Anyway, I took photos Friday since the family wanted to go. Here are some of my favorite (non-family) shots: 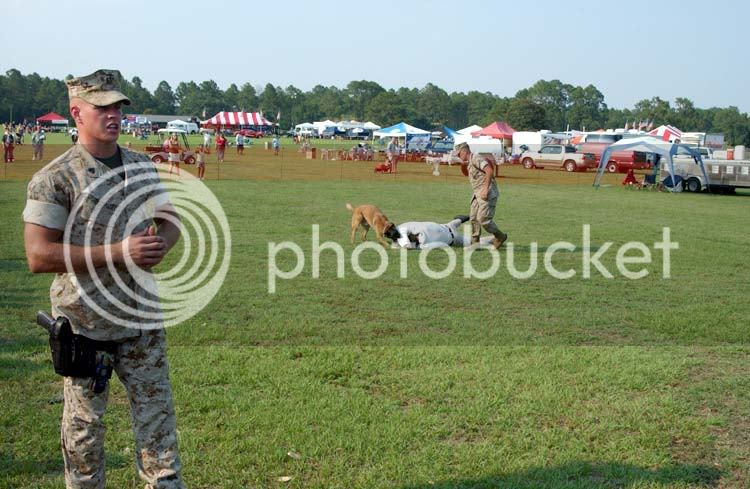 This is probably my favorite of the batch. I love how the Marine in the forground is standing there explaining stuff while the action is going on in the background. You can tell what's happening: the NCO is explaining how military working dogs do their business, but you could attribute a lot of different things to this photo -- "Marine in foreground oblivious as dog attacks innocent civilian" ... or something like that. But no, just a military working dog demonstration, but I can think of a couple of people I'd like to see on the receiving end of that demo. 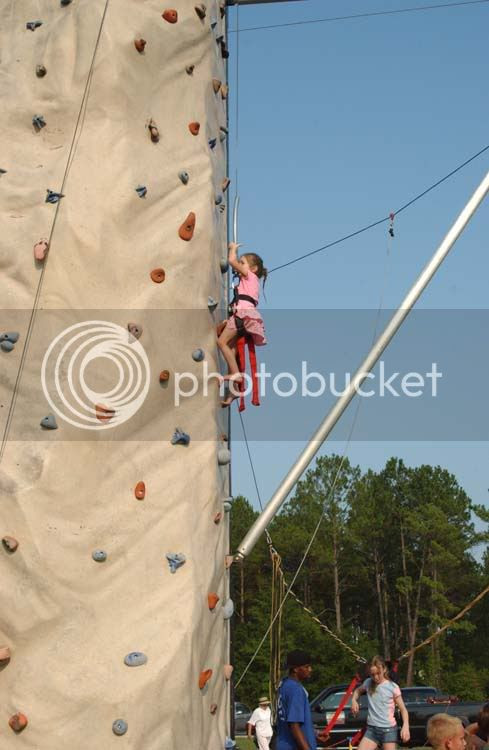 How awesome is this? This little girl (6 years old) climbed higher than three-quarters of all the other participants. She really showed everyone else how to do it. She went up a good two more "rocks" after I took this shot.

The funny thing, she's so small and light that when she was done, she wasn't heavy enough for the automatic resistance to let her down gradually. She just hung there. One of the attendants had to climb up and grab her foot. 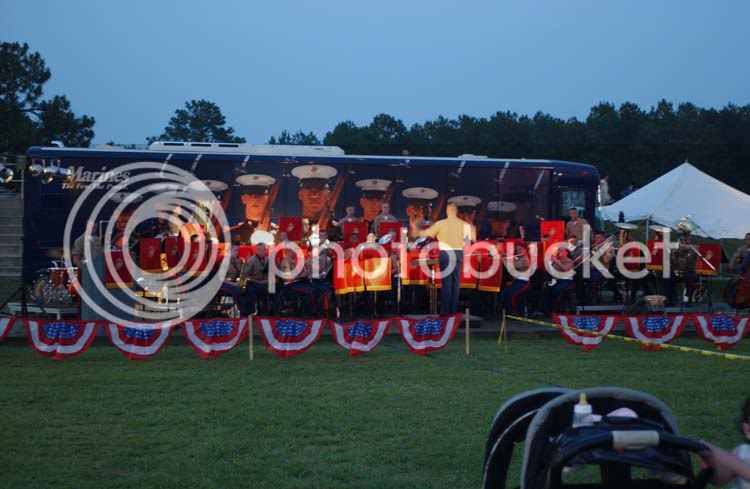 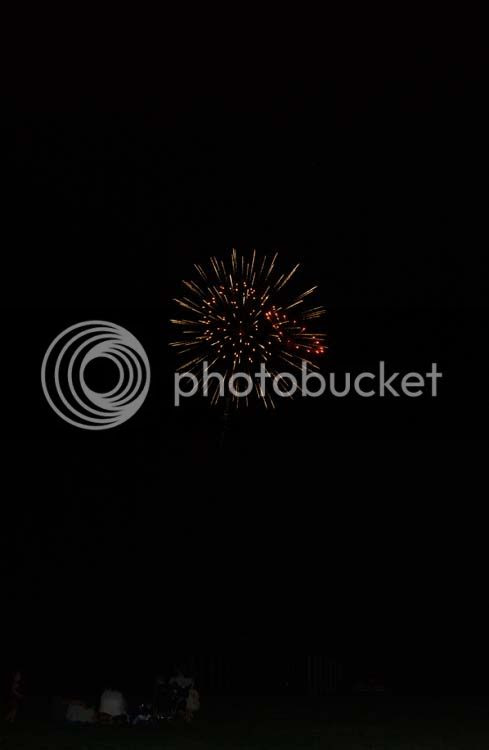 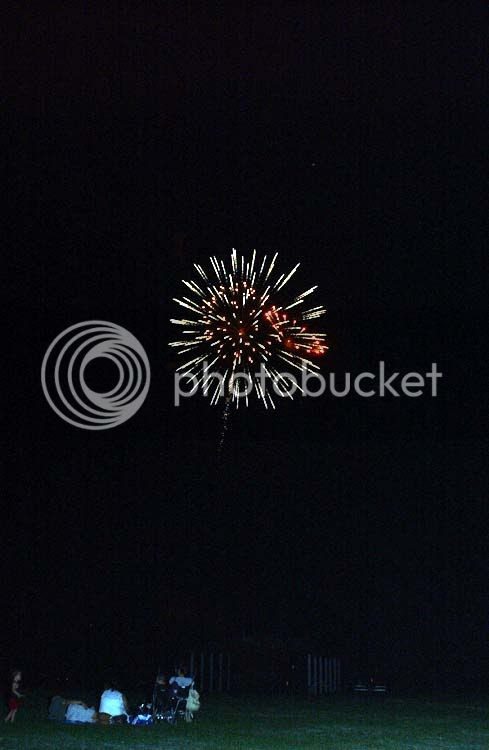 Okay, that whole "master of awesome thing" from the last photo, not so much on this one. I've never really taken shots of fireworks before and this was highly experimental on my part. I mean, for a half-hour show, you don't have a lot of time to play. You can't really check what you're doing (the freakin' LCD isn't very accurate you know). What I wanted, was a good shot of a firework in the sky with a shot of the family that was sitting in front of me. I kinda got it in this shot, but not to my satisfaction. I had pulled back my flash some earlier 'cause I was shooting my family up close. I forgot to reset it and it wasn't firing as powerfully as it should have. Oh well. The shot on the left is unmodified, the one on the right is "auto leveled" through Photoshop.

Well, that's it for me. Taking the afternoon off. Hope you guys have a great day and a fantastic Fourth!
Posted by Cullen at 10:47 AM