There is no longer Life on Mars 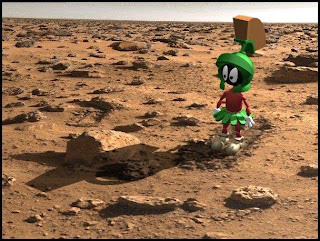 So, my favorite TV series in a long time, Life on Mars, ended last night to little fanfare. Fortunately, they were allowed to really end the series and tie up all loose ends. For those who have yet to see it and care (though, according to Neilson, that's almost no one outside of J-Mom and me) I won't ruin the ending. I will say that having not seen the BBC original, and staying far away from online disucussions of the show, it was a bit of a surprise ending. I didn't see it coming, but it was more of an "Oh, that's neat" kind of ending than anything. It retreads oft tred ground, and with a lot of hokey references, but it's a stellar homage to the past fiction it ripped off.

In a way, it's probably best that the show ended after a season (though not quite a full one). Had it kept going on with no discernable end in sight, it would have had to keep piling up mysteries while answering some in lackluster fashion - like LOST has been forced to do (though this season has made up for a lot). This way, the story was able to keep its chief story and not veer away, then end it succinctly. It played like the best mini, er, maxi series.

Now I can go find the original and do a comparison. Now I can track down the BBC sequel. But I can still lament the end of a great TV show.
Posted by Cullen at 6:31 AM