Because I’m All About the Guitar Pt. 20: Lenny Kravitz 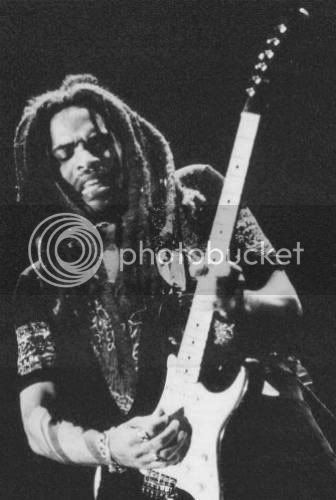 Everybody goes through phases in life. There is usually something that helps punctuate those phases or the transition from one point to another. Maybe a favorite song or a frequented coffee house that served as both a landmark for our memory and a catharsis for the transition.

After I graduated from high school, the music scene was meandering. Heavy metal was getting played out and the old-school ‘70s and early ‘80s punk I adored was beginning its co-opting to pop thanks to bastards like Green Day. Grunge was just beginning to permeate our conscious minds and everywhere I looked I couldn’t find solid musical ground to stand on.

Then, although I had heard him plenty of times before, I discovered Lenny Kravitz. I mean, for what seemed like the first time, I felt his music. It was poignant, meaningful and wonderful.

I’m not sure I can articulate what Lenny Kravitz sticks out (or, stuck out – more on that later) from other bands. He’s not the first musician to rehash late-‘60s to mid-‘70s rock. Nor will he be the last. But something about his attitude in his music, something he translates well into his recordings. His music isn’t original, in fact, it’s probably more derivative than most other popular rock. But that attitude pushes his music to you, makes you pay attention to it.

His first three albums held me rapt. They filled a short void. There is also something special about Lenny that made me pick up my guitar again. I had put it down to concentrate on vocals for a while (damn me) and never fully recovered. But I did pick it up again, thankfully. Also, when Are You Gonna Go My Way? came out, it was my car’s theme song (I had a huge Ford Custom 500 – the car just seemed to purr that song).

Something happened after AYGGMW. Circus charted well, but that was mostly due to his previous popularity. It sucked. Just nothing touched you like before. To steal an overused euphemism, it was phoned in. Then 5 came out and I gave up on Lenny. There was simply nothing that was redeemable off of it. His cover of American Woman? Horrible. Painfully so.

I haven’t really listened to anything of his since then, but I’ve heard something on the radio here and there. Seems like the past couple of years might have seen a return to his earlier work – the work that made us love him. But I can’t say this with any authority. And honestly, I felt so burnt by Circus and 5 that I don’t know if I even want to find out.

Lastly, I want to point out that regardless of how much I didn’t like his later albums, I really appreciate Kravitz’s use of many brands of guitar. Though we see him play a Gibson Flying V most often, he doesn’t have any brand loyalty. You see him playing Fender, Gibson, Mosrite and Ibanez. That is really cool.
Posted by Cullen at 5:45 AM