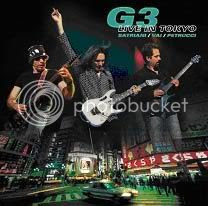 I have been burning out my computer/car/home stereo speakers and DVD player the past week with the sonic assault that this year's G3 has presented. This year the trio included mainstays Satch and Vai and the rotating third guitarist was John Petrucci. Those who read my last BIAAtG post know I'm a huge fan of Petrucci, so this was a great G3 year for me.

For those who don't know about G3, it was started in 1996 by Joe Satriani to offer a mega guitar-centric concert to audiences around the globe. That first line-up was Satch, Vai and Eric Johnson. Most line-ups through the years feature Satch and Vai as the primaries, but there were a couple of years where Vai was absent. Anywho, every G3 show is packed with yummy guitar goodness. If you've never heard or seen a show, pick up a CD or DVD. Great shows.

The CD is amazing. The music is wonderful, but only the last three songs -- the G3 jam -- presents you with something you've never heard before (if you're familiar with the artist's work).

The DVD is also great, but not as explosive as past shows -- particularly the 2003 show with Yngwie "The Fookin' Fury" Malmsteen. Individually, this year, each guitarist put on great performances of their material, but the G3 jam at the end (performing Foxy Lady, La Grange and Smoke on the Water together) just didn't have some of the energy that past shows have displayed. I think this has something to do with personality. Vai is a performer. An electric presence. Satch is solid, aware and plays to the audience. Both of them feed of the energy of their third compatriot. And this is where we lose some of the show. John Petrucci is my favorite guitarist, but he is a pretty stationary stage presence. Very laid back -- which seems to speak of his personality. No matter how fantastic a guitarist the guy is, he has remained humble and very respectful of his fans. Same can be said of Satch and Vai, but on a different kind of level.

All in all, the DVD is enjoyable, but if you just want to hear cool jams, pick up the CD. The DVD is for "troo" fans. 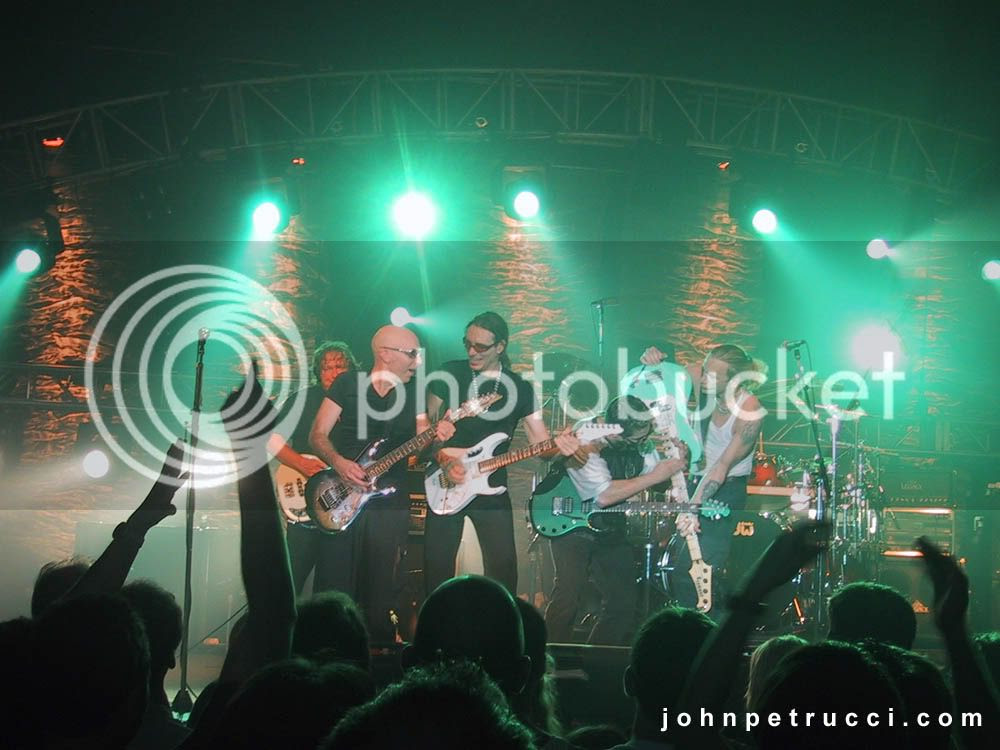 Both of these photos are from www.johnpetrucci.com 'cause he is not only a great guitarist and cool guy, but has a fantastic website.
Posted by Cullen at 9:41 AM